Vietnam yet to record monkeypox cases

Although no cases of monkeypox had been recorded in Vietnam as of July 24, the risk of this disease entering the country is very high, according to experts. 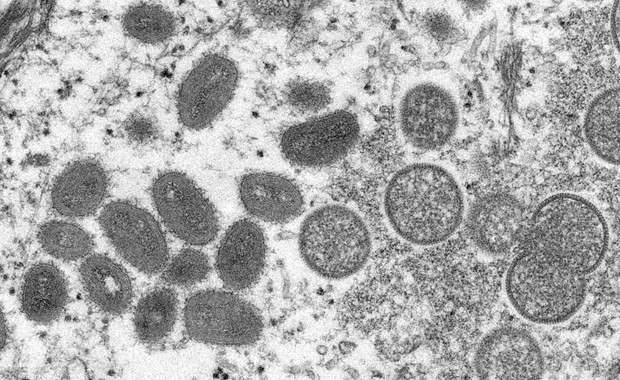 Microscopic image of monkeypox virus released by the US Centers for Disease Control and Prevention. Photo: AP/VNA
At a July 24 virtual meeting discussing ways in response to the viral zoonosis, they explained that the risk is quite high as monkeypox has so far appeared in many countries, while travelling is now convenient and tends to increase between Vietnam and other nations worldwide.

Do Hong Hien, an epidemiologist at WHO in Vietnam, said the arrival of the disease in the country is just a matter of time. There may have been community transmission and authorities need response measures to screen, prevent infections, and protect the health of workers who are at high risk, the expert noted.

Hien recommended Vietnam prepare capacity for diagnosis, isolation, and management so that when there is a case, it will contain the spread and minimise fatalities.

Nguyen Luong Tam, Deputy Director of the Department of Preventive Medicine, said countries next to Vietnam such as Thailand and Singapore have already logged monkeypox cases.

According to Tam, since April, Vietnam has abandoned the requirement on health declarations for international visitors, making it easier for people from other countries, including those with monkeypox, to enter.

In response, the department has ordered serious health quarantine for human, vehicles and goods moving through the borders, with units involved asked to updating response plans suitable to their areas.

On July 23, WHO Director-General Tedros Adhanom Ghebreyesus declared monkeypox a global public health emergency due to its rapid transmission rate and the risk of its spread further to other countries.

The world has recorded nearly 16,000 cases in 74 countries with five deaths. An increase in the number of cases, especially in some European nations, have been posted.
VNA