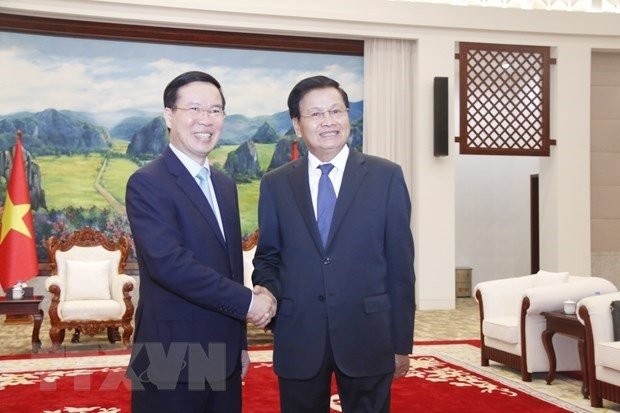 Regarding celebrations of the two major anniversaries which were held simultaneously in the two countries on July 18, the official said Lao leaders and people are deeply moved by the speech of Party General Secretary Nguyen Phu Trong at the celebration in Ha Noi.

He added that the Lao side appreciated the affirmation by Party General Secretary Nguyen Phu Trong that Vietnam gives the highest priority to the relations with the Lao Party, State and people.

According to Trung, Lao Party General Secretary and State President Thongloun Sisoulith also pledged to consistently work with the Vietnamese Party and State to promote the special relationship.

Thuong and his entourage also attended other celebration activities, including an exhibition on the Vietnam-Laos relations, and visited joint economic projects in the neighbouring country.