Supermodel, producer and actress Jessica Minh Anh will represent Vietnam in a short film to celebrate the fifth anniversary of Paris Agreement on Climate Change, featuring 20 celebrities from around the world, including artists, sportsmen and politicians. 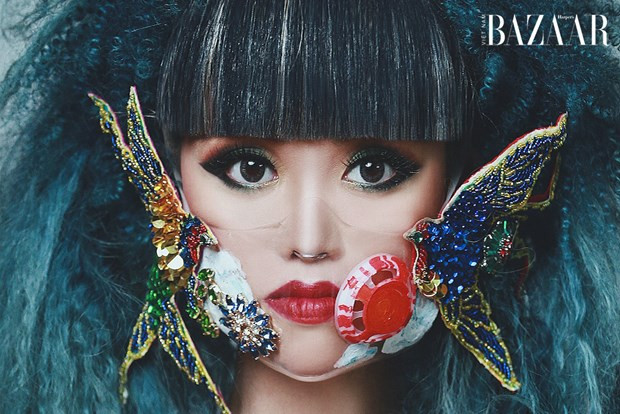 Supermodel, producer and actress Jessica Minh Anh
The film was produced by the French Ministry of Europe and Foreign Affairs based on photographic portraits of cultural and artistic figures wearing a creative mask. It is to promote a campaign called “Maskbook” aiming to raise public awareness of climate change.

In the video, Jessica Minh Anh, who is also a sustainability advocate living in Paris, wears a unique face mask named "A Sunny Day", highlighting renewable energies and her hope for a bright future. The fashionable creation was exclusively designed to portray Jessica’s sustainability message. The details, which were made from recycled materials, include the sun, clouds, and multi-colored birds to illustrate solar power, wind power, and a positive outlook.

Vietnamese supermodel Jessica Minh Anh is the world’s most innovative fashion show producer with extraordinary visual concepts. She has continuously made history with shows atop famous architectural wonders including the Eiffel Tower, London’s Tower Bridge, and PETRONAS Twin Towers.

Most impressively, she broke the record with the world’s highest fashion show on the Grand Canyon Skywalk.

The Paris Agreement was adopted on December 12, 2015 at the 21st Conference of the Parties of the UN Framework Convention on Climate Change (UNFCCC).
VNA

Outstanding athlete born in the Year of the Cat