“Song Lang” (The Tap Box), a film about the art of “cai luong” (reformed opera) has won the Golden Lotus, the country’s most coveted prize for a cinematic work. 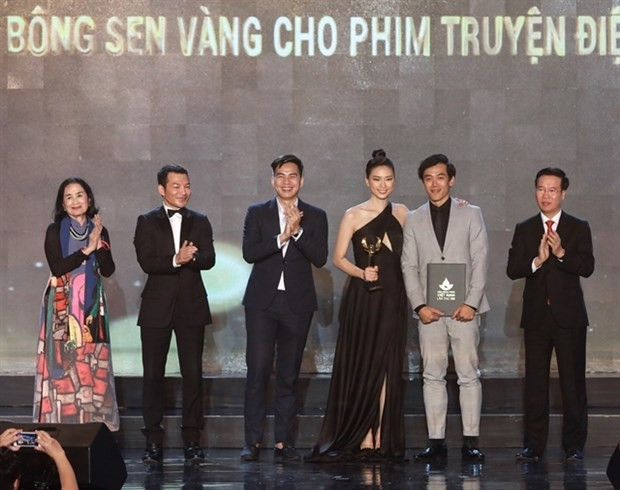 The film, directed by Leon Le (whose real name is Le Nhat Quang) and produced by Ngo Thanh Van, reflects the 100-year history and development of “cai luong” through the career of Linh Phung, a young performer who makes sacrifices to pursue his dream.

The film stars pop singer and actor Isaac, winner of the Rising Star of Asia’s Star Awards at the 21st Busan International Festival in 2016, and young actors Tu Quyen and Lien Binh Phat.

The film received praise from the jury thanks to its art, content and message. It was honoured at various international events such as the third edition of the Sharm El-Sheikh Asian Film Festival (SAFF) and the Tokyo International Film Festival 2018 (TIFF).

In the Scientific Film Category, no entry met the criteria to receive the Golden Lotus. The Silver Lotus awards went to two films of VTV – A Fight against SARS and Plastic Pollution in the Ocean.

“The film festival is an important event of the national cinema industry,” said Deputy Minister of Culture, Sports and Tourism Ta Quang Dong.

Since it was established by President Ho Chi Minh in 1953, the cinema industry has made great contributions in preserving and promoting cultural values, spreading the State’s guidelines and reflecting people’s thoughts, he said.

The 22nd Vietnam National Film Festival will be held in 2021 in the central province of Thua Thien-Hue.