Pop icon to release video series about his life

Vietnam’s "King of Pop" Dam Vinh Hung is planning to release a series of three music videos telling stories about his life and career. 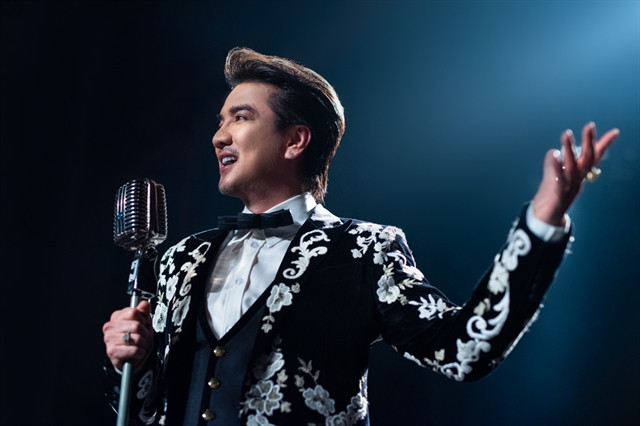 Singer Dam Vinh Hung performs in a music video. Photo courtesy of the artist
The first part of Je T’aime will be launched on October 2 to mark his 49th birthday, with the remaining two scheduled for release before the year-end.

Hung is at the peak of his career and is one of the most influential artists on the Vietnamese contemporary music scene. However, before his success, he had a difficult childhood. He was born into a poor family and had to do all kinds of jobs to earn a living.

He shares stories about his life in the new videos that find empathy with the audience, and respect for what he has experienced and the people who have helped him.

“This is the first time I've dared to face myself and my past through music,” said Hung.

“These videos have taken serious investment, with scripts and scenes like cinematic works with support from director Dinh Ha Uyen Thu.”

“I love the French song Je T’aime. Its lyrics by chance sound like my life, so I wrote the Vietnamese lyrics for it and adapted it to the videos,” Hung added.

He believes these emotional and truthful stories will touch audiences’ hearts.

In the videos, Hung performs with a symphony orchestra.

The videos star young actors and actresses including Quoc Cuong, Than Thuy Ha, Lanh Thanh, Vo Dien Gia Huy and Khanh Van. Hung appears as the narrator and plays himself in the last episode of the series.

Hung made a stir with his latest album released in July titled Chuyen Loai Hoa Dang Do (Untold Stories about Flowers). The album includes 13 songs about flowers. Through metaphors, the songs tell different stories about love.
Vietnamnews