The Provincial People's Committee on November 14 morning held a meeting to honor and reward those granted People's and Meritorious Artist titles in the province this year. 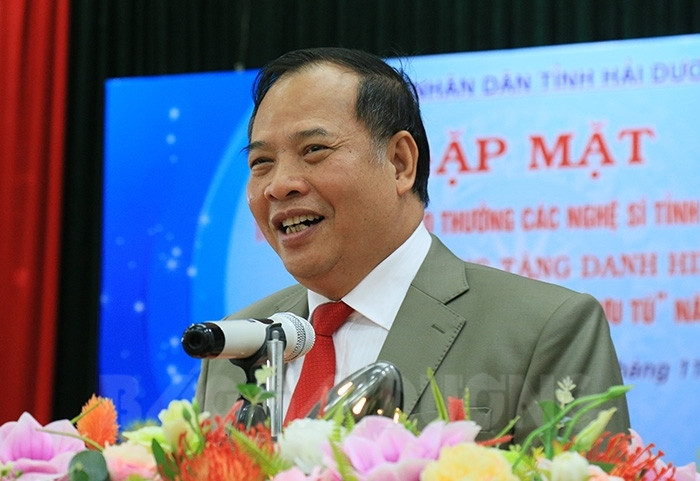 The Secretary of the Provincial Party Committee affirmed that in any time, the Eastern land always had excellent people greatly contributing to the overall development cause of the province, including artists in the fields of culture and arts. They worked hard and silently and spared no effort not to seek fame and wealth for themselves but to bring home pride. 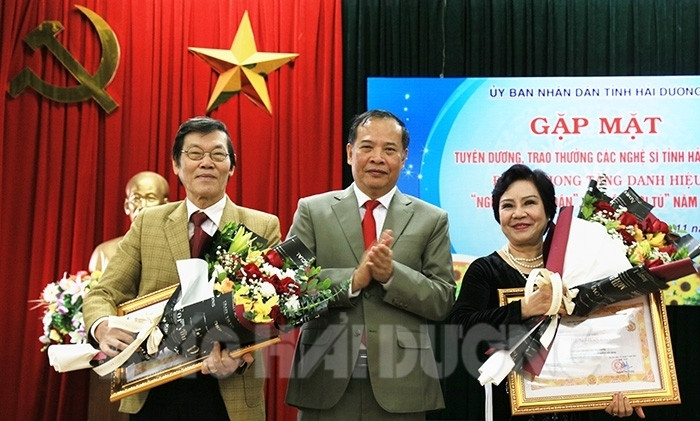 The provincial authorities would continue to care about building an infrastructure system to serve the cause of cultural preservation and development.
This year, two Hai Duong people were awarded the People's Artist title, namely Nguyen Thi Thuy Mo, former Deputy Director of the Provincial Cheo (Traditional Operetta) Theatre, and Trinh Ngoc Thai, former Director of the Provincial Center for Arts and Performance Organization. 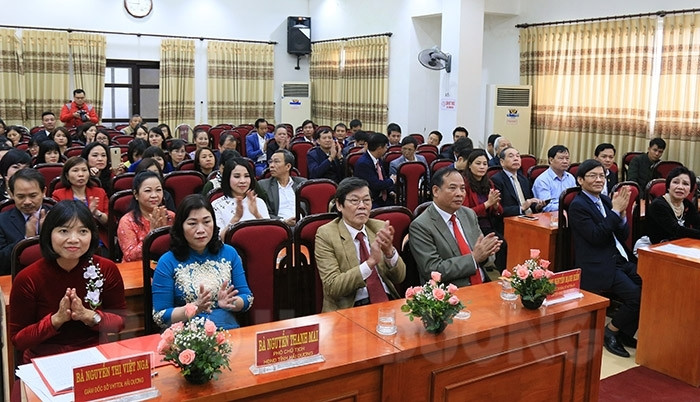 This is the first year Hai Duong has had artists awarded the People's Artist title.

To date, there have been two People's Artists and 14 Meritorious Artists in the province.
TIEN MANH – HUY AN