The move reinforces Netflix’s commitment to offer global audiences great local stories, allowing viewers to be inspired by the work of this hugely promising Vietnamese talent. 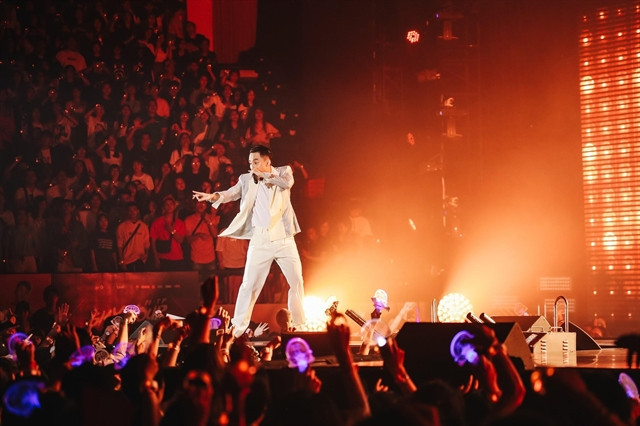 The move reinforces Netflix’s commitment to offer global audiences great local stories, allowing viewers to be inspired by the work of this hugely promising Vietnamese talent, in support of his vision to bring V-Pop to the world.

Following the success of Sky Tour concerts across Vietnam in 2019, Son Tung M-TP and his crew at M-TP Entertainment decided to relive these unforgettable moments on the big screen.

This documentary has been widely praised for its enchanting storytelling and depiction of a young, passionate artist who takes a professional approach to music creation in Vietnam.

"Son Tung’s music transcends borders. His artistry resonates with not only fans in Vietnam, but other markets beyond Southeast Asia. While millions of adoring fans in Vietnam and beyond have enjoyed his music, Netflix is delighted to be given the opportunity to help make his relationship with fans more intimate by making this musical documentary available in 190 countries worldwide," said Raphael Phang, Manager, Content Acquisition SEA, Netflix.

"t’s also a great opportunity for fans who couldn’t catch the concert live in action or at the theatres earlier this year, a chance to relive this musical spectacle - anytime, anywhere.

"Fans will also be able to rewind, repeat or fast forward to their favorite chorus, melody or scene at their own pace, in the comfort of their chosen habitat.

"I am extremely proud that Son Tung: Sky Tour Movie is the first musical documentary out of Vietnam to be featured on Netflix and hope to bring V-Pop closer to more hearts worldwide."

Audience will be able to seamlessly enjoy Son Tung M-TP’s amazing performances as the movie has been localised into 10 subtitled languages.

The film will also offer a look at new perspectives of Vietnam’s music scene and its burgeoning creative community.

As a keen supporter of Vietnamese talents, Netflix has continued to demonstrate its commitment to bringing highly-anticipated local content to the service and elevating Vietnamese stars on the global map.
Vietnamnews