Festival of Lullabies, Folk Songs in 2020

On 9th November, the provincial Women's Union, in coordination with the provincial Department of Culture, Sports and Tourism organized the Festival of Lullabies and Folk Songs in 2020. 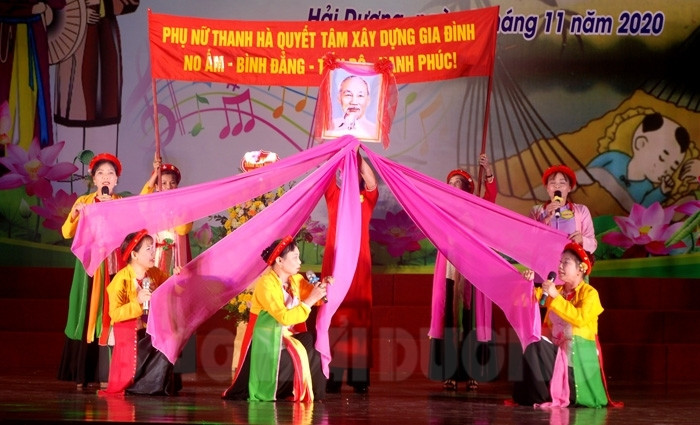 Lullabies and folk songs were full of colors of life, creative contents

Participating in the Festival, there were 14 teams from the provincial Public Security Women's Union, the provincial Labor Confederation Women's Union and the Women's Union of districts, towns and cities with 42 items competiting in 3 sections:  Greeting, Aptitude and Theatrics. Items of Cradlesongs and folk songs were full of colors of life with creative contents such as "Lull the child with the voice from the heart", "Meeting with each other", "Folk of the Three Regions", "Country words", "The third child" ... contributing to the propaganda of women's movements.