A photo exhibition was opened at the Imperial Citadel of Thang Long in Ha Noi on August 31, offering visitors an insight into Vietnam’s path to independence throughout history. 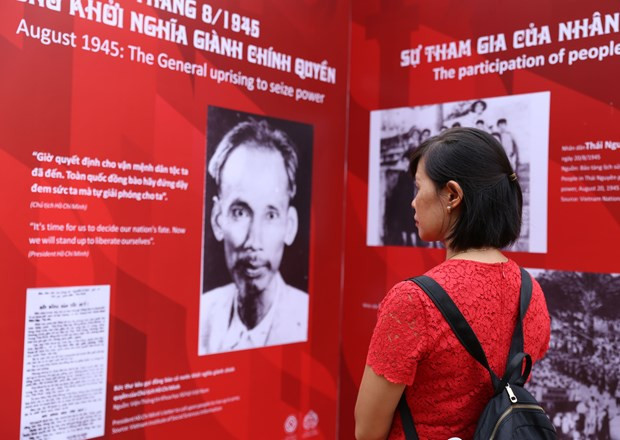 A visitor to the exhibition at the Imperial Citadel of Thang Long on August 31 (Photo: VNA)
The event, held to mark 75 years since the August Revolution and the 75th National Day (September 2), features 100 exhibits, including documents and photos, providing a brief overview of the struggles to safeguard national independence against foreign invaders from the 10th to the 19th century.

People can also visit this display online via the website trungbayonline.hoangthanhthanglong.vn.

The exhibition, held by the Thang Long-Ha Noi Heritage Conservation Centre, will last through the end of September.
VNA