Vietnamese wushu athlete Duong Thuy Vi took a gold medal at the 2022 World Games early on July 13 in Birmingham in the US state of Alabama. 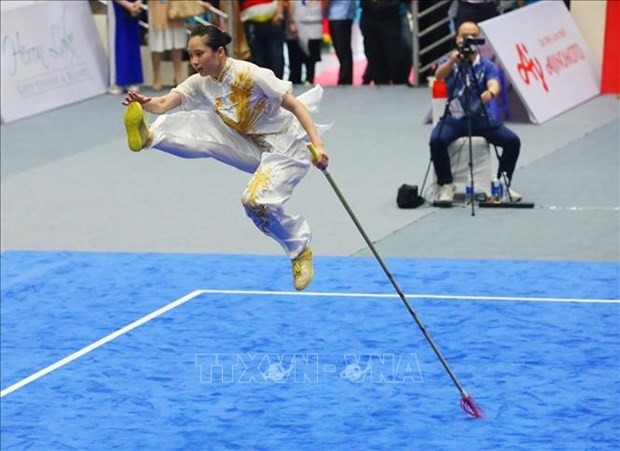 It is the first World Games title for the Vietnamese athlete who has won nearly all the world's most prestigious events.

It is also the third international title for the 29-year-old in two months after she bagged two golds at the 31st SEA Games in May in Ha Noi. 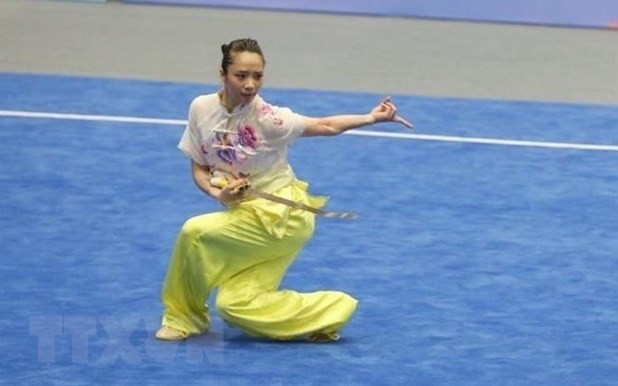 Her title on July 13 was the second of Vietnam's wushu team at the World Games. Earlier, Nguyen Thanh Tung championed the men's taijiquan and taijiquan final in 2013.

Another Vietnamese, Pham Quoc Khanh also competed on July 13 in the men's nanquan and nangun final. He scored 18.947 to place fourth.

Liu Zhong-xin of China won the event with 19.134 points. Harris Horatius from Indonesia came second with 19.030 points, and Lai Po-wei from Chinese Taipei finished third on 19.016.

Vietnam still has Hoang Thi Phuong Giang to compete in the women's daoshu and gunshu.

Giang is a SEA Games multiple medal winner. In May's SEA Games, she topped the women's changquan event and was third in the gunshu.

In Birmingham, Giang will face strong rivals such as Mia Tian of the hosts, Alina Krysko of Ukraine, Alexa Cruz of Mexico, Camila Cid Urtubia from Chile and Michelle Yeung of Hong Kong (China).

In other sports, Vietnamese Tran Quyet Chien is seeded No 3 in the men's 3-cushion carom event. He will meet Teran Javier of Ecuador on July 15.

The women's beach handball team have been disqualified from the tournament as they failed to reach the competition venue in time because of visa issues.

The World Games is an international multi-sport event comprising sporting disciplines not contested in the Olympics. It is usually held every four years, one year after the Summer Olympics, over 11 days.

Vietnam has taken part in different editions of the World Games, and Vietnamese athletes pocketed a sepak takraw gold in the 2009 Games in Chinese Taipei; gold in wushu and aerobics in 2013 in Colombia; and a muay gold in 2017 in Poland.
VNA