Hai Duong has so far had nine festivals and folk performing arts included in the National Intangible Cultural Heritage List. 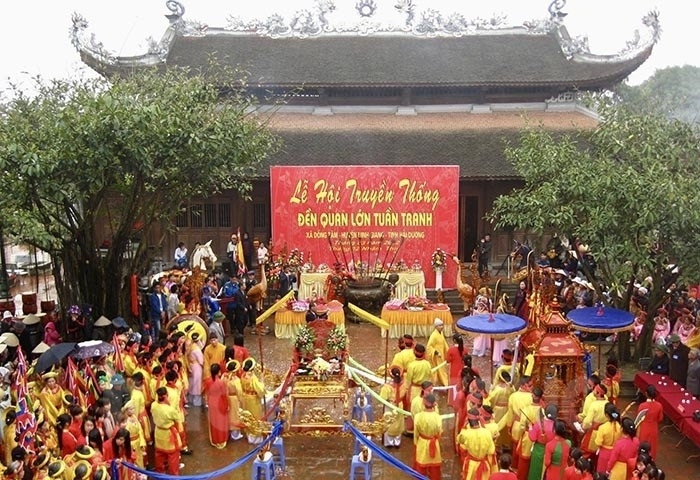 Before the August Revolution in 1945, there were spring and autumn festivals there with such rituals as proclamation ceremony, funeral oration and water procession, deity statue cleaning, parade with a statue of Great Mandarin Tuan Tranh, sacrifices, clay firecracker playing, van singing (spiritual singing), etc.

Since the August Revolution, some rituals at the festival of Tranh temple have been retained but many procedures with cumbersome and sophisticated forms and contents and unsound customs were removed.

The festival of Cao An Phu temple is associated with the life and career of An Sinh Prince Tran Lieu, father of Hung Dao Great Lord Tran Quoc Tuan, the soul of three victories over the Yuan – Mongol invaders.

Before the August Revolution, the festival was held for three days. Ceremonial and festive parts included a proclamation ceremony, deity statue cleaning, a parade, sacrifices, long and chung cake making and wrestling contests.

Since the August Revolution, the festival has still been organized for three days on the occasion of the death anniversary of An Sinh Prince Tran Lieu with ceremonial and festive parts basically the same as before.