With a love for pottery and peace, Joel Bennett, an American sculptor and ceramist, has helped many visually impaired children find “light” from their hands. 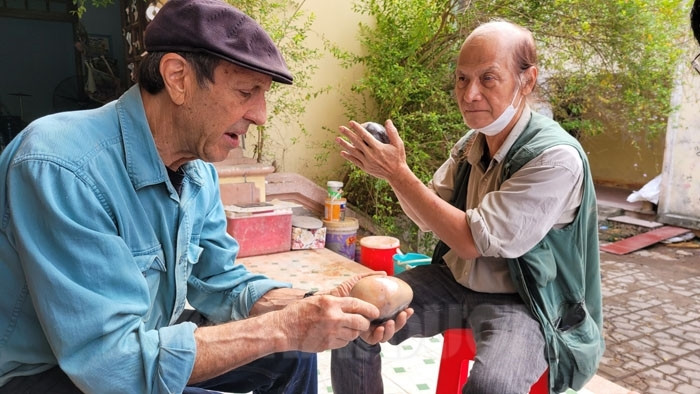 There, visually impaired children were wallowing in the piano of a tall but thin man introduced by painter and sculptor Do Quoc Vy as artist Joel Bennett - a bearer of the message of peace and also a Hai Duong pottery lover. 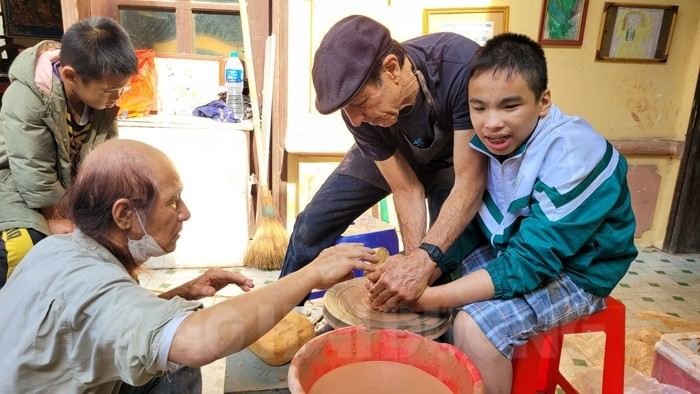 Artist Joel Bennett instructs a visually impaired child to shape a ceramic on a turntable
Curiosity and admiration for a small but brave country on the other side of the hemisphere prompted artist Joel Bennett to follow his friend to Vietnam for the first time in 1992. His friend was involved in the war in Vietnam and very haunted when returning to the US.

Arriving in Vietnam, Joel Bennett and his friend opened a hospital in Yen Vien, Gia Lam, Ha Noi, and participated in many charitable activities. 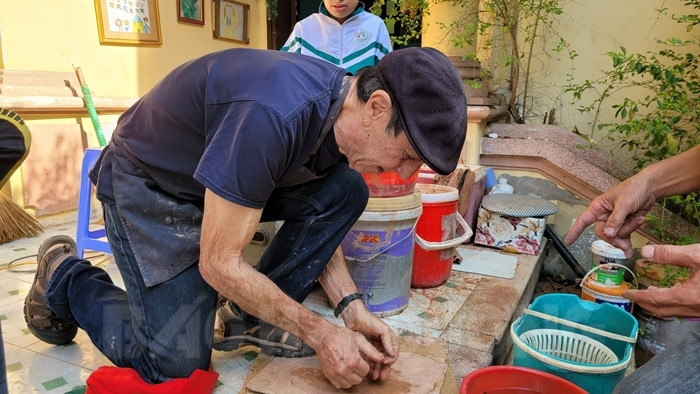 For his love for ceramics, artist Joel Bennett has learnt quite carefully about each type of soil to make them
“I bumped into Joel Bennett at a pottery exhibition in Ha Noi and we have been together since that day,” said Do Quoc Vy.

Since his first encounter with sculptor Do Quoc Vy, artist Joel Bennett has been to Vietnam eight times and always visited Hai Duong.

There, Joel Bennett was very impressed by ancient ceramic lines and stayed at Cay potteries for months. The sophistication of the ceramic making process, tone values, and glazing allured this pottery-loving foreigner.

Artist Joel Bennett and visually impaired children in Hai Duong play music together before attending a pottery class
“Ceramics are the quintessence of the motherland and Hai Duong is one of the cradles of pottery,” said artist Joel Bennett.

Joel Bennett used to teach at Santa Rosa Junior College’s Art Department in the US. He has won many awards for pottery and ceramic sculpture in the US and the world. Burnishing and natural color veins obtained when ceramics are burnt are his forte and personal style.

The artist's ceramics are special for being burnt twice. Their colors are formed from natural materials, such as seaweed, sawdust, sand, wood, even grass and straw. The stone-like shine on the surface of his ceramics is the result of him rubbing and polishing his works with pebbles to make them bright and smooth. 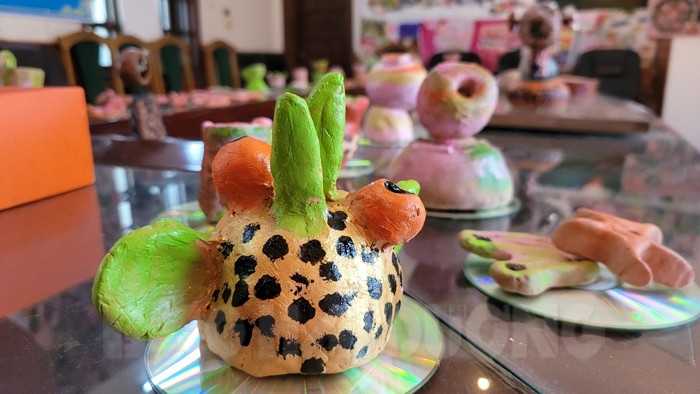 Ceramics made by visually impaired children in Hai Duong
“Due to his love for pottery, Joel Bennett makes each work very creatively. He has studied and combined ceramics with music,” said Do Quoc Vy.

“Ceramics can make sound. It is also a way for the artist to shorten the invisible distance between visually impaired people and normal ones.”

On three out of his eight visits to Vietnam, Joel Bennett stayed in Hai Duong for months and had a strong attachment to visually impaired children in the province. He taught them to musical instruments, pottery, and painting. As a peace-loving, compassionate artist, he wants to inspire people with disabilities and make them believe in life. 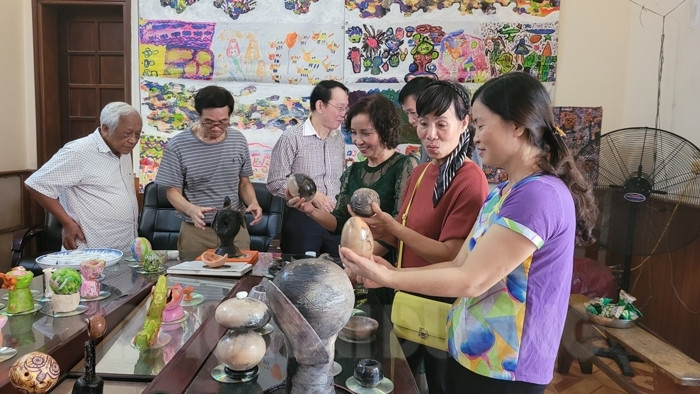 Many people are interested in ceramics made by visually impaired children
Having identified himself with pottery for years and learnt a lot about Hai Duong ceramic lines, artist Joel Bennett is eager to have a small part in helping Vietnam build an international brand name for the country’s pottery.

“It’s a pity that when I came to Cay village, pottery kilns were disappearing. Plus, there were fewer and fewer Chu Dau potters,” said Joel Bennett.

“I would like to develop tours associated with pottery villages with my friends in Hai Duong for tourists, especially foreign ones like us, to learn about and experience this craft.

“Only when knowing and loving pottery will they be willing to buy ceramics to use and play.” 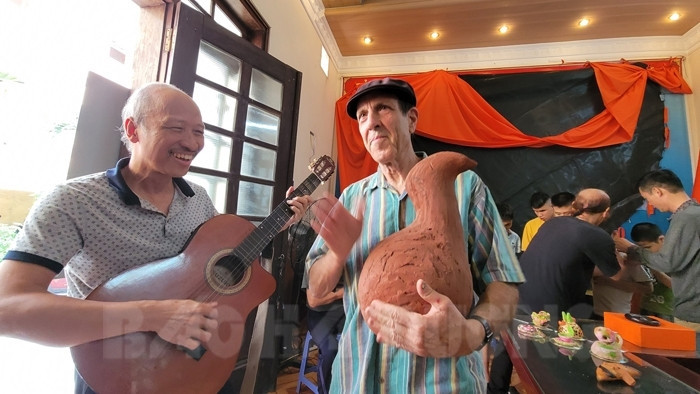 Artist Joel Bennett plays music from a ceramic made by him and visually impaired children
One of the goals of artists Joel Bennett and Do Quoc Vy is contributing to restoring pottery and creating jobs for people with disabilities. According to Vy, the children’s works can become souvenirs for sale at tourist attractions.

The important thing is that the way artist Joel Bennett makes ceramics can help us improve the environment through the use of waste from eggshells, banana peel, seaweed, straw, and agricultural by-products. Particularly, every ceramic made in Joel Bennett’s style can create sound.

“The music created from ceramics, products from the motherland, is very strange and interesting. Hopefully, they will become popular in the future,” said Joel Bennett.
HAI MINH