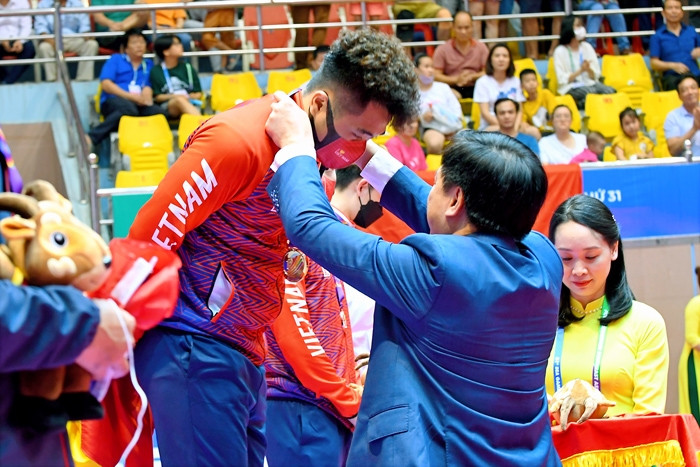 Secretary of the provincial Party Committee Pham Xuan Thang awards the men's singles gold medal to Nguyen Duc Tuan
The semifinals and finals of the men's and women's singles and the closing ceremony of the 31st SEA Games table tennis event took place on May 20. 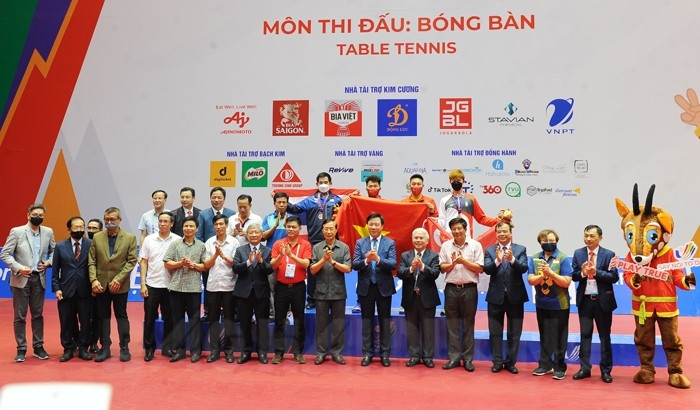 Leaders congratulate Nguyen Duc Tuan on his success
This is Tuan's first gold, the only gold of Vietnamese table tennis at this SEA Games, and also the first men's singles gold medal Vietnam has won at the SEA Games arena since 2003.
Two Thai players competed with each other in the final of the women’s singles, and Thailand got one gold and one silver medal.

Shortly after the matches, the organizers conducted awarding and closing ceremonies of the 31st SEA Games table tennis event. 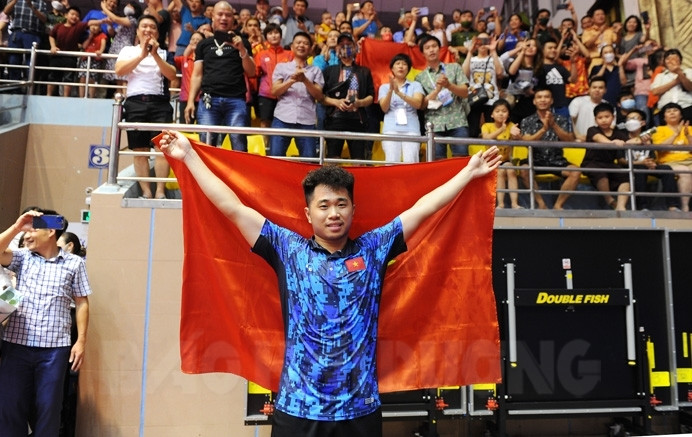 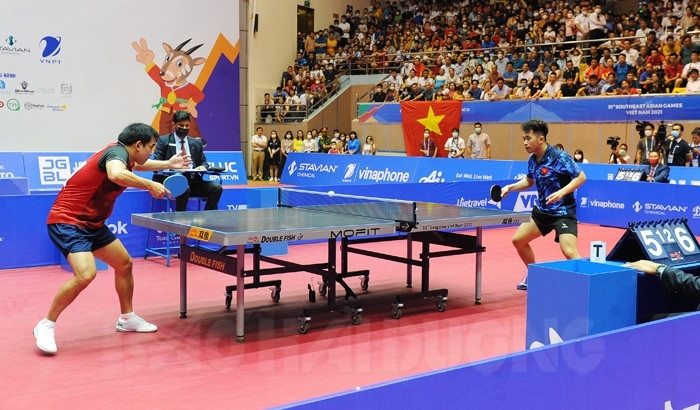 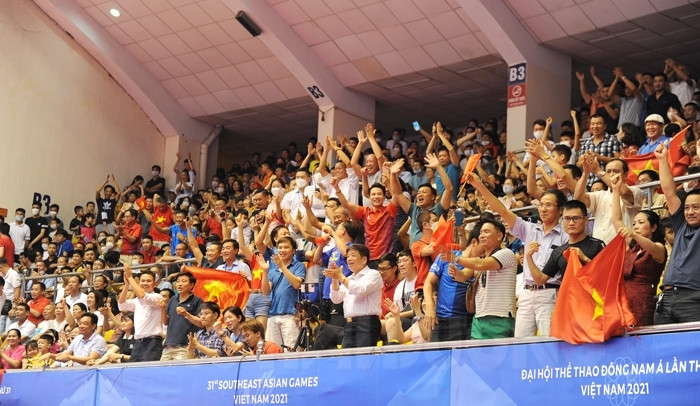 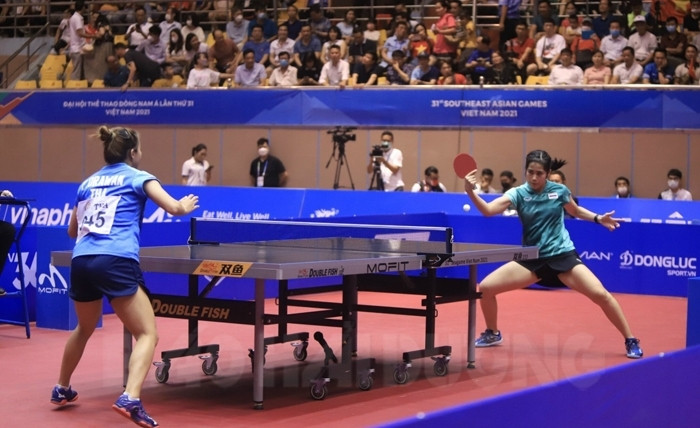 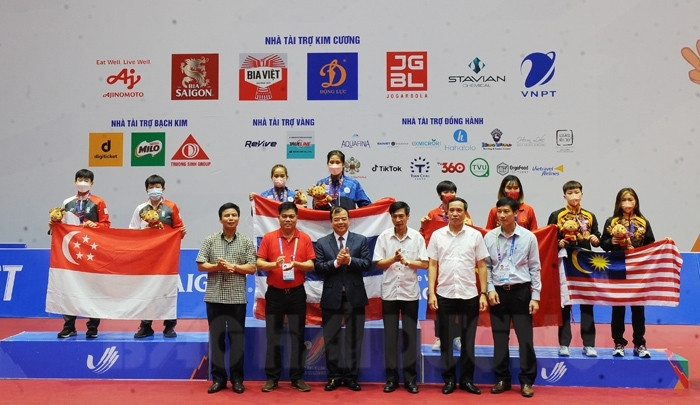 With four gold medals, the Thai team wins the first place in table tennis at this year’s SEA Games 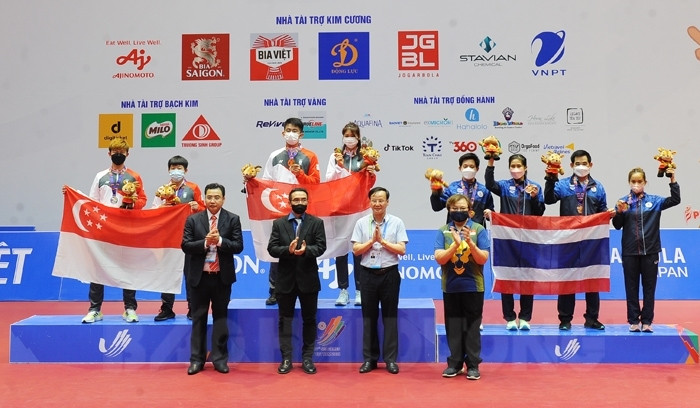 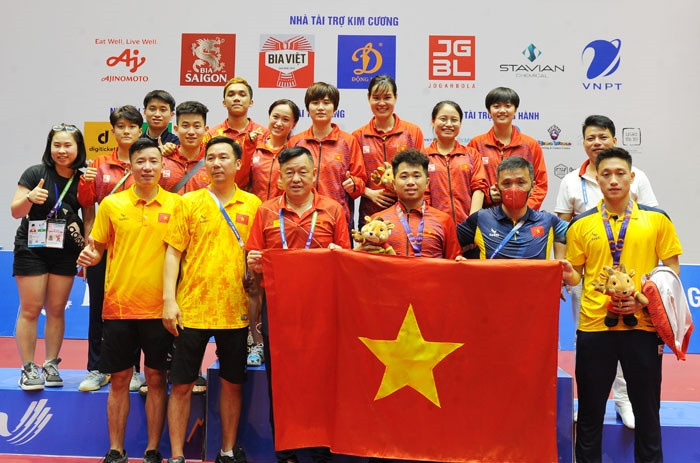