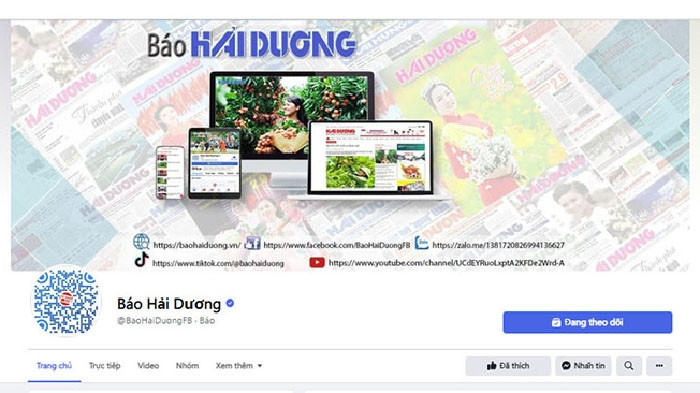 By November 16, nearly 119,000 people had followed the Hai Duong Newspaper’s fanpage
By the time of ONECMS's report, the Ha Tinh Newspaper’s fanpage had had the largest number of followers (428,639), followed by the ones of Sai Gon Giai Phong and Hai Duong newspapers with 132,000 and 118,191 followers, respectively.

A blue check appearing next to a Facebook page is the endorsement of a fanpage representing a famous, reputable, influential, and global organization or brand.
HUYEN ANH