Thanks to enterprises’ sponsorship, a number of sport teams in the province have had more facilities and equipment to practice and compete for high achievements. 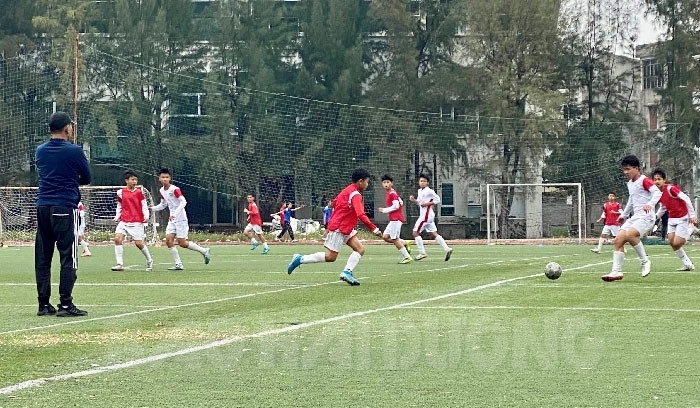 Especially, this was the first time Hai Duong had won the first team prize at the 39 year-old tournament although considered the cradle of Vietnamese table tennis, according to the Hai Duong Sports Training and Competition Center.

According to its memorandum of understanding, Long Hai Co., Ltd. will fund Hai Duong men's table tennis teams a total of 2.5 billion VND in five years from November 1, 2021 to July 31, 2026, equivalent to 500 million VND/ year.

In addition, male and female champions will be awarded 100 million, 70 million, or 50 million VND depending on the tournament. 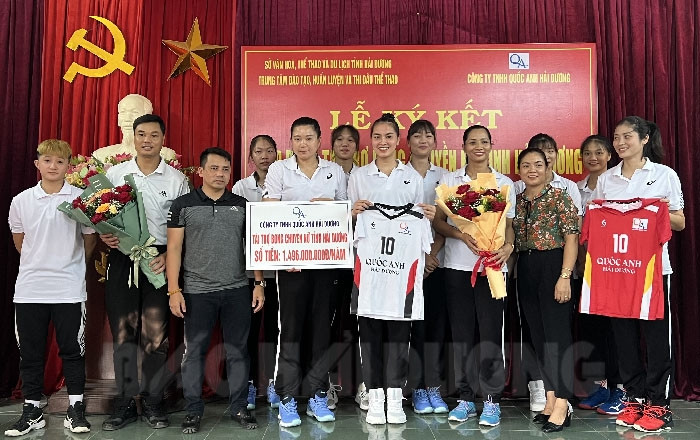 Quoc Anh Hai Duong Co., Ltd. sponsors Hai Duong women's volleyball teams nearly 1.5 billion VND in 2022
These are the teams that need a lot of money to invest in training grounds and clothes. Therefore, the two businesses’ companionship in the past years has further motivated the teams in practice and competition. The U11 team has won the national championship five times and been the runner-up many times while the U13 team has reached the national final twice.

24 teams with about 500 athletes are practicing at the Hai Duong Sports Training and Competition Center. However, only a handful of teams have sponsors.

Hai Duong is one of a few localities having large-scale sports training centers with quality athletes and coaches. Since 1985, when the first National Games was held, Hai Duong's high performance sport teams have never been outside the top 10 in terms of achievements. Sometimes, Hai Duong’s achievements far surpassed localities with strong economic potential.

To maintain these achievements, businesses’ companionship in sport socialization is every necessary.

Over the past years, the sport sector has continued to seek sponsorship packages. Last July, three women's volleyball teams of the province received a sponsorship package worth nearly 1.5 billion VND from Quoc Anh Hai Duong Co., Ltd. for May 1 – December 31, 2022.