The 9th Hai Duong provincial Games solemnly opened on August 13 evening at the square of the Xu Dong Cultural Center. 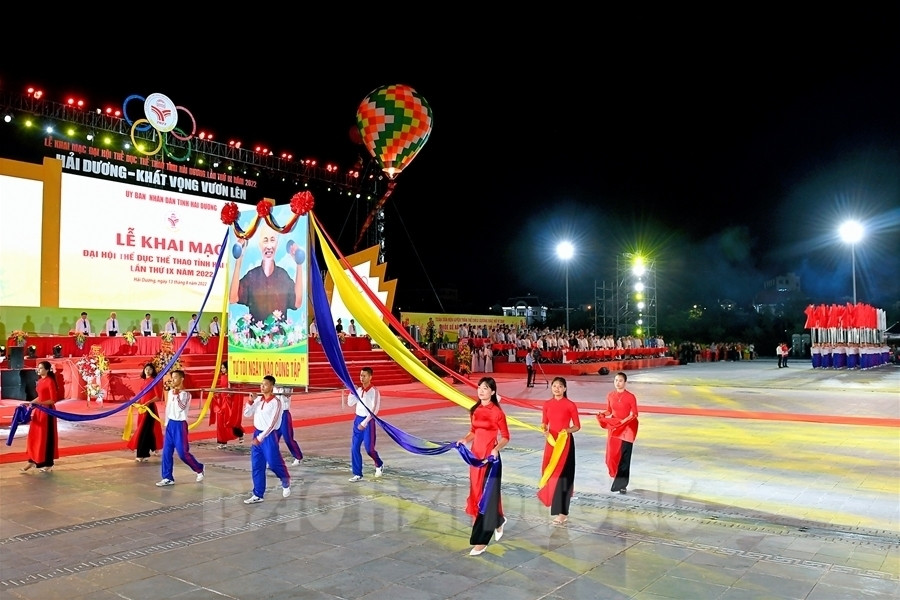 A portrait of President Ho Chi Minh – the founder of Vietnamese revolutionary sports and physical training is solemnly taken across the stage
The opening ceremony took place in favorable weather and at the weekend, thus luring a large number of people in the province. The organizers arranged about 3,000 seats for spectators.

At the beginning of the ceremony, leading the ceremonial bloc was the national flag, followed by the Games' flag and a portrait of President Ho Chi Minh – the founder of Vietnamese revolutionary sports and physical training, which were solemnly taken across the stage. 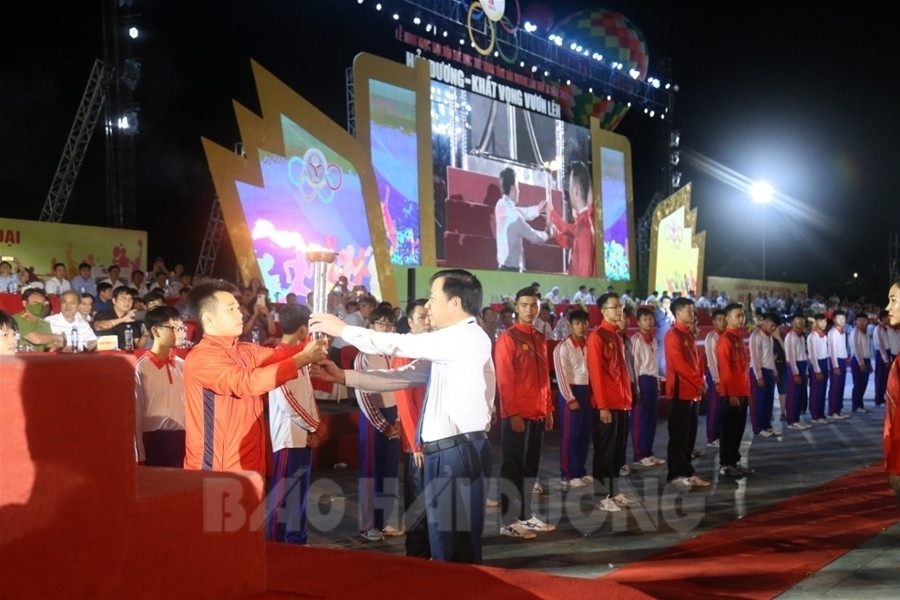 At the same time, outstanding athletes of Hai Duong who were gold medalists at the 31st SEA Games performed the fire asking ceremony at the Martyrs Memorial of Hai Duong city.
The leader of the delegation, who was honored to hold the torch, was Nguyen Duc Tuan, the gold medalist in the men's singles category of the 31st SEA Games table tennis event. 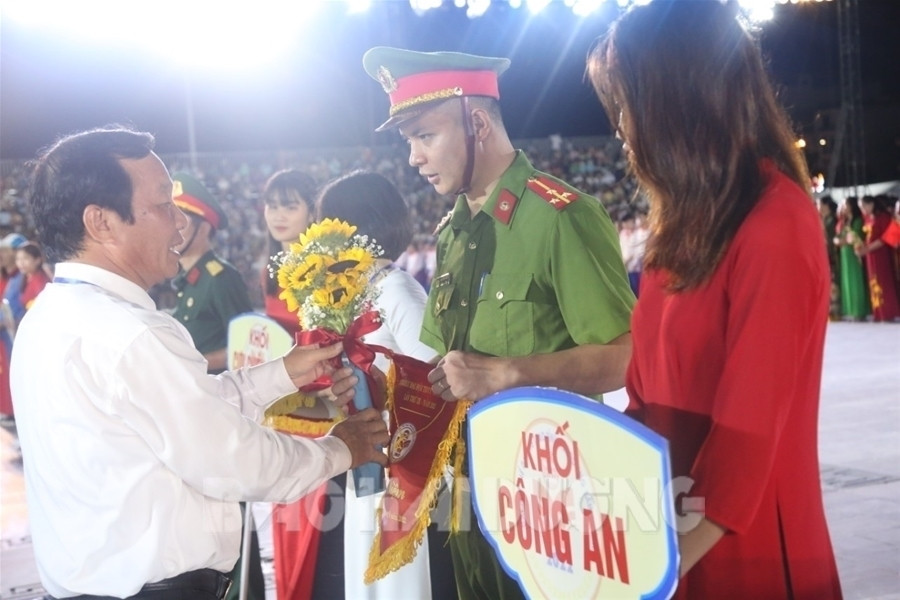 In his opening speech, Mr. Nguyen Minh Hung, Vice Chairman of the provincial People's Committee, Head of the Games Organizing Board, stated that health is the most precious capital of every human being and an invaluable asset of each country and nation. 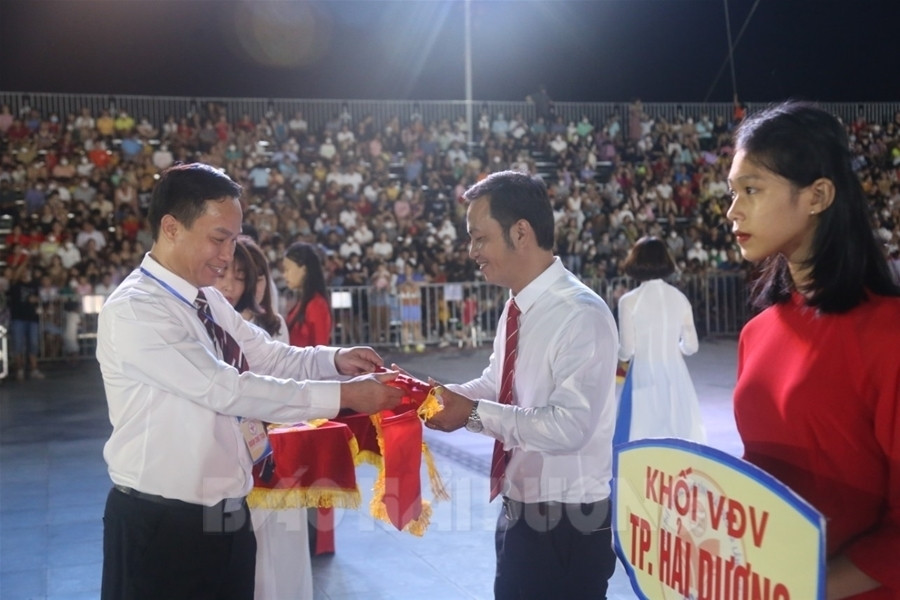 Realizing Uncle Ho's teachings, over the years, Hai Duong provincial authorities have had many guidelines and policies to promote and develop sport and physical training movements, bringing into play positive effects of sports and physical training in improving health, contributing to enriching the cultural and spiritual life, building a healthy lifestyle for the people, and repelling social evils. 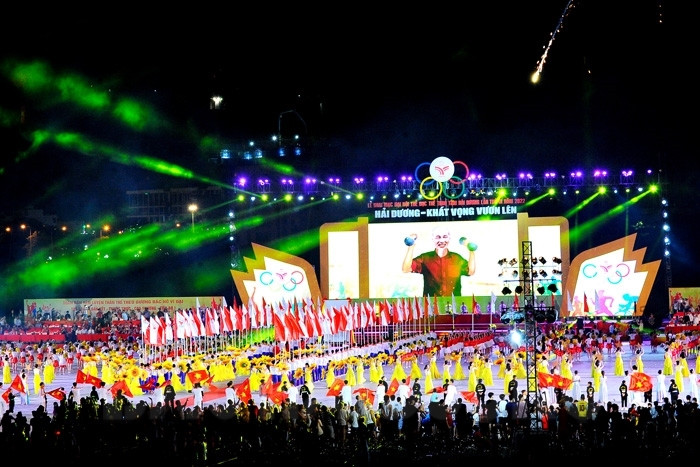 After each Games, the province's mass sport movement grew strongly, attracting people from all strata with many exciting, practical, and useful activities. 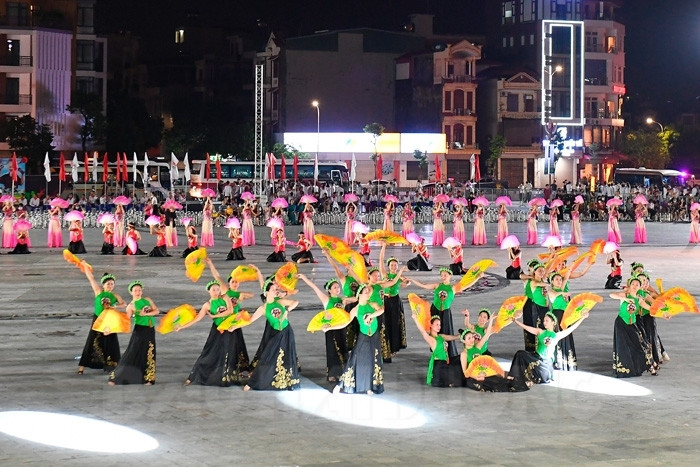 An elaborately choreographed performance
A lot of athletes with excellent results have also been selected for high performance sports with numerous achievements in domestic and international arenas, making important contributions to the overall achievements of Vietnamese sports.

The 9th Hai Duong provincial Games is a political, cultural, and social event to popularize the image and socio-economic development of the province. 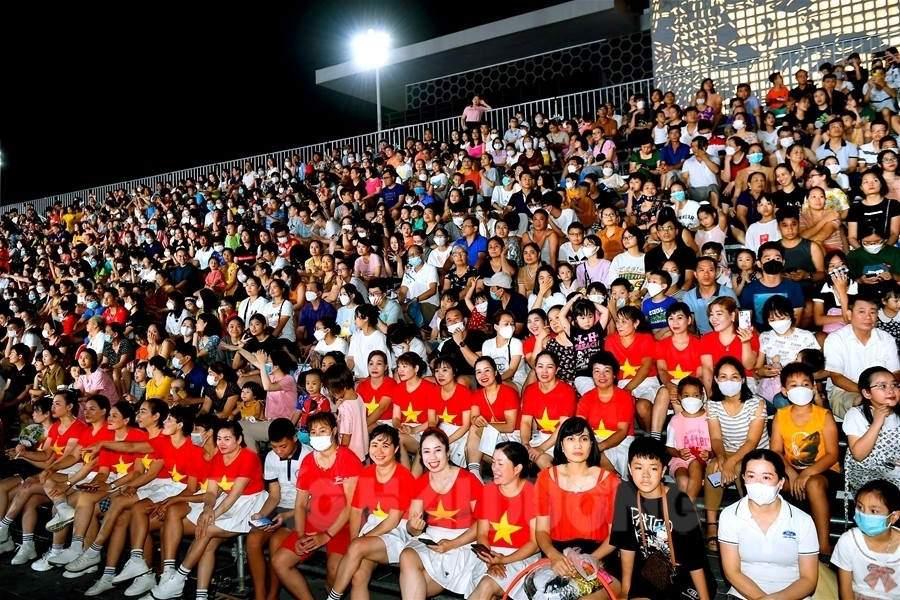 The musical show leaves a good impression on the audience
This is also an opportunity to select excellent athletes for the Hai Duong team to compete in the 9th National Games with the target and determination to remain as one of 10 provinces, cities, and sectors with the best sport movements and achievements in the country. 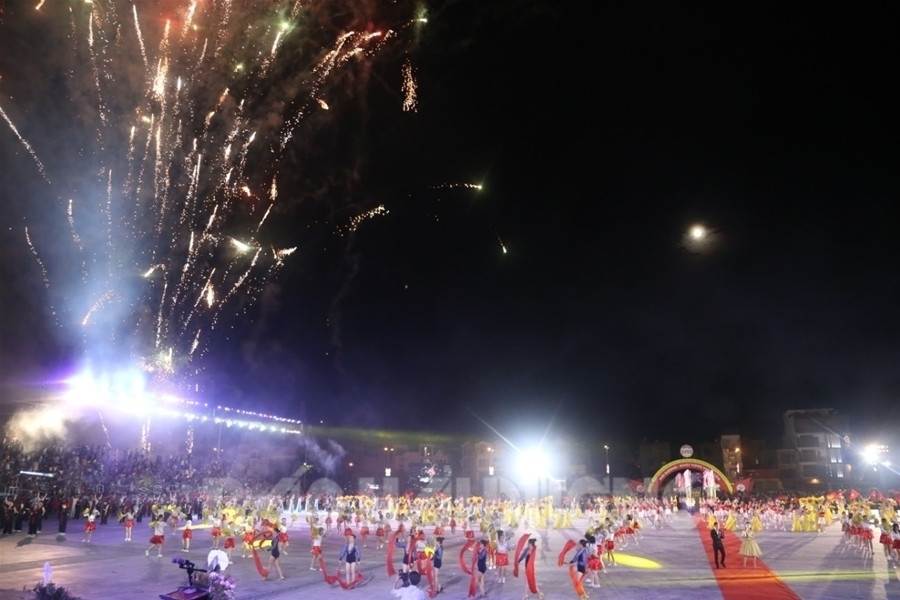 Outstanding athlete born in the Year of the Cat